The Cross, Jesus in China Part 1 – The growth of the church under extreme religious persecution! 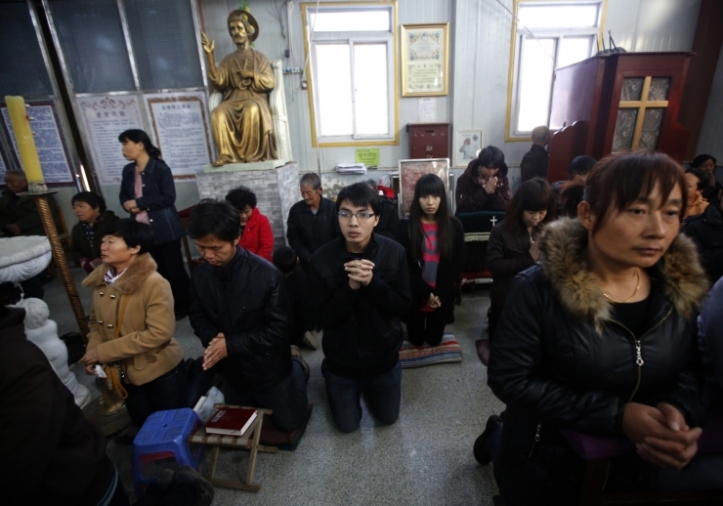 Seeds of Blood, Follows the bloody footprints of the Chinese missionaries of the older generation after the Boxer Rebellion, particularly in the past fifty years. This episode tells the stories of Mingdao Wang, John Sung, Watchman Nee, Allen Yuan, Samuel Lamb, Moses Xie, Yang Xinfei, and Epaphras.

The Bitter Cup, continues the story with compelling testimonies by missionaries of the younger generation. Their dedication, suffering, faithfulness, and thanksgiving have led to an unprecedented revival of the Chinese Christian Church.

The Spring of Life, details the rebirth that the Gospel has brought to a broad spectrum of people in modern China. Included are testimonies from farmers, students, officials, criminals, orphans, actors, writers, scientists, and entrepreneurs.

The filmmakers and crewmembers are a group of devout Christians who courageously and persistently went deep into China and interviewed thousands of Christians. There were times when they were under hidden surveillance, and other times when they were blatantly followed. On one occasion their cameras were confiscated. However, due to their devotion and self-denial, they were able to reach the foundation of underground churches in China to obtain the true stories and know the hearts and minds of Chinese Christians. The goal behind making The Cross—Jesus in China is to leave history a record that provides the truth of Christianity in China. The film also serves as an encouragement to Chinese churches around the world and a gift to each Chinese Christian. Moreover, it presents a new perspective for everyone who is concerned about the future of China.

This documentary, The Cross: Jesus in China, portrays the little known history of a remarkable people; it is the turbulent 50 year history of Chinese Christians on screen!

For the first time, the history of Christianity in China, especially within the House-Church movement, is given in an honest and comprehensive account. The film answers the question raised by many people outside China: how did the number of Chinese Christians increase from 700,000 in 1949 to approximately 70 million today despite communist control?

Using live footage and interviews, the film captures the true stories of many people and seeks to answer the most common questions: how does the Chinese government deal with Chinese Christians and vice-vice-versa? How have Chinese Christians developed, survived and grown? What kind of people are they and what influence have they had and will they have on Chinese society?