The Bible vs the Qur’an – a Textual Comparison- Must watch for Muslims & Christians! 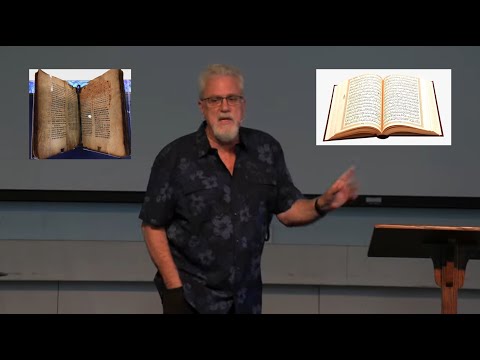 Jay spoke at a camp near the mountains for people who wanted him to give a synopsis of the recent controversy surrounding the ‘preservation of the Qur’an’.

He walked them through the different steps which have transpired in the last two months, comparing the problems we find with the Qur’ans preservation with that of the Bible. He noted that while we have applied a textual historical test to the Bible, this has not been done with the Qur’an.

At no time during the initial years of the Qur’an’s creation was a textual assessment applied to the Qur’an to ascertain an original text, or even to compare the 30 Qira’at Qur’ans to any early manuscripts to see if they paralleled them, or were even similar.

The fact that there were so many Qira’at variants between the 8th – 10th century (possibly as many as 700 examples) proves that the early Muslims were more interested in popularity, politics, and geography than they were in deriving any sort of exemplar of the earliest consonantal text.

Unlike the Bible, which has gone through an extensive textual critical analysis, the Qur’an has not, and looks like never will.