Jay’s analysis of Qadhi’s ‘CRISIS OF FAITH’! (Must watch for All!) 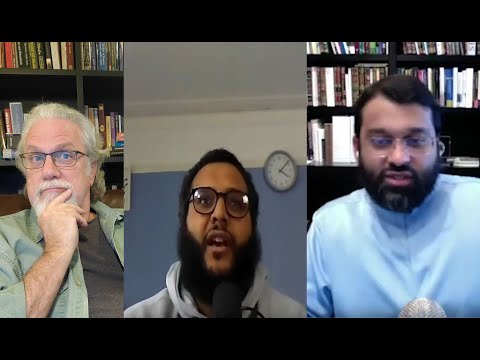 On June 8, 2020, Shaykh Yasir Qadhi, a renowned Muslim cleric in the US, well known for his talks on the Qur’an’s perfect preservation, was asked by Mohammad Hijab, a popular Muslim YouTuber to answer whether he believed the Qur’an was perfectly preserved, and whether the Qira’at and Ahruf differences (i.e. the later addition of dots above and below the letters, and the vowels) were problematic for its preservation.

Qadhi did NOT want to talk about this subject, as 25 years earlier he had a ‘Crisis of Faith’ concerning this very subject when attending Yale University. But Hijab insisted.

In this video Jay takes the 25-minute section of the interview where Qadhi responds to these questions and unpacks them for the rest of us, suggesting that Qadhi made quite a number of interesting yet damaging admissions, some of which he may regret later on.

Since this posting, Mohammed Hijab has deleted these 25 minutes from his 1 hour 45 minute interview, due to the backlash it’s caused from the Muslim community around the world. Nonetheless, we have it all here for you to look at, and Jay to analyze.

These, then, are the admissions which Yasir Qadhi made:

1) The subject of Ahruf and Qira’at is probably the most difficult question for modern Muslim scholars like himself to answer.

2) This question, and others posed by Western scholars caused him to go through a crisis when he was studying for his PhD at Yale University.

3) He was rescued from this crisis by returning to what he had been taught since childhood, that the Qur’an must be the ‘Word of Allah’ because it is self-evident.

4) Uneducated Muslims shouldn’t question Qira’at and Ahruf, as this must be left to the experts, the Ulemma, who have been discussing it for 1,000 years.

5) Yet, even the best Muslim scholar on the subject for the last 1,000 years, Ibn al-Jazari (he died in 1429 AD), who spent 30 years studying the Qira’at, and compiled 90 books on this and other subjects, is not accepted by scholars today, proving that even the best still don’t know how to defend it.

6) Qadhi admits that today, “the Western level of knowledge is leaps and bounds above what it used to be just 100 years ago”, causing a dilemma within Muslim scholarly circles.

7) He bemoans that the Traditional Understanding of the Ahruf and Qira’at in the Muslim world simply cannot answer the pressing questions being asked by Western Academics.

8) Qadri admits that, “It’s very clear that the standard narrative on the subject has HOLES in it”, yet he himself doesn’t know how to fill those holes.

9) This issue of Qira’at has troubled the Umma (believers) from the very beginning, proving that this is not a new problem.

10) “Because of these problems, the issue of Ahruf and Qira’at should only be discussed among those who are familiar with the science”, even though for the past 1,000 years they have discussed it without coming to any satisfactory conclusions, which caused Qadhi his crisis 25 years ago.

11) Qadhi admitted he had never brought this topic up himself, nor lectured about this issue, though numerous times he said that to understand it, just take his course. Not very convincing…

12) He went on to say that this question should never be brought up in public, and those Muslims who did were “idiots”.

13) When asked by Muhammad Hijab whether he could write on a blank piece of paper a perfect Quran today, which would parallel the original Medinan Qur’an, and if it would follow the Hafs, or another Qira’at version (there are 37 so far); he tried desperately to sidestep the question.

14) In desperation, when pushed by Hijab, he admitted that ALL of the different Qira’at versions of the Qur’an (Hatun now has 37 in London) would be acceptable, because the Hadith said so, and the Qur’an promised that the Qur’an would be perfectly preserved (see Surah 15:9).

15) In the end Qadhi conveniently fell back on his favourite mantra on the subject, claiming fervently, “The Qur’an is the uncreated speech of Allah, the Qur’an is preserved, the Qur’an is known, the Qur’an is Mutawatir (the succession of narration), all of the Qira’at are the Qur’an, all are authentic, leave it at that. Beyond this requires background information, so take my class.”

It seems to us that he is still in crisis, and Muslims everywhere should now be concerned. If he is the best they have on the subject, how then will they be able to continue this charade, claiming that the Qur’an is perfectly preserved? If they really believe it, then they will have to do a better job than either sides-stepping the issue, censoring it, or falling back on a memorized mantra.