How Do We Know the Bible Is True? 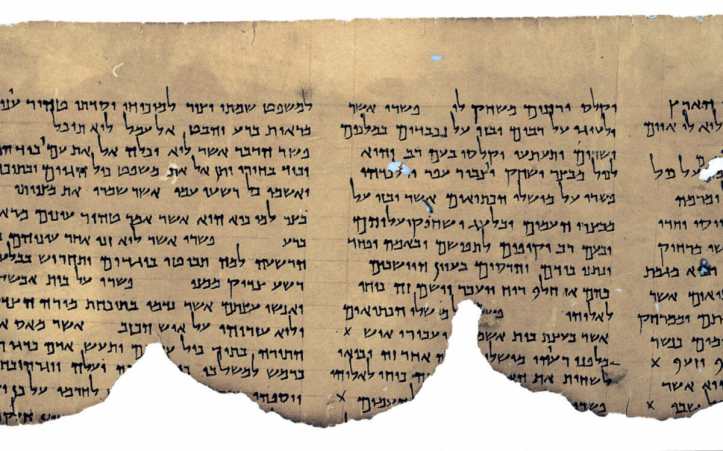 The best-selling book in history remains one of the most controversial. Revered by Christians as God’s holy Word, the Bible spans centuries of history, contains a variety of literary styles and culminates in the person of Jesus Christ. But how do we know the Bible is true? Isn’t it just a collection of stories and myths? Even if it contains some history, is there any way we can trust it completely?

What is the Bible?

Answering these questions requires that we understand what the Bible is. It’s not a book that arrived in complete form at one point in history. Instead, the Bible was written over a period of some 1,500 years by a number of authors. Although it is viewed as one book, it’s actually a collection of many books.

It is called God’s Word even though God did not physically write it. Instead, God worked through everyday people, inspired by Him, to record what Christians accept as the Bible. The Old Testament is primarily a record of God’s dealings with His chosen people – the Hebrews or Jews. The New Testament continues the record with first century accounts of the life and ministry of Jesus and the struggles faced by new Christians in a hostile culture.

The Bible Today: Miraculous or Not?

Today the Bible is controversial for several reasons. For example, it is filled with miracles. In the Old Testament, God parts the Red Sea, allowing His people to escape a hoard of angry Egyptians. In the book of Joshua, the sun is said to have stood still, while Jonah records a prophet swallowed by a large fish. In the New Testament the blind receive sight, Jesus walks on water and is resurrected after being executed on a cross.

In a largely naturalistic age, meaning belief only in the material world, miracles are often doubted. The supernatural – anything beyond the natural world – is dismissed or relegated to a second-class status. This often results in doubt about the Bible. Can we trust it to be true? Are we really expected to believe the supernatural events it records? This is a bias that defines miracles out of existence rather than reasoning that if God exists, then miracles are possible.

Truth and the Bible

Asking if the Bible is true, means that we need to have some understanding of truth. What is truth? While this question is often presented as a deep philosophical puzzle suitable only for the “brainy” to tackle, the answer is not so complex. Truth is what corresponds to reality. Consequently, what is real is true, what is unreal is false.

The Bible makes some very distinctive truth claims. It claims, for instance, that God exists. It also claims that He has chosen to communicate with us through His creation, our moral conscience, and via the Bible. Jesus claimed to be God in the flesh and that the only way for human beings to be saved is through Him (John 14:6). Moreover, the death and resurrection of Jesus are also key to Christian theology.

Knowledge and the Bible

But if the Bible can be shown to be a reliable document, accurately recorded and transmitted through history, from God to us, then we can build a strong case that the Bible is indeed true.

Evidence for the Bible

Evidence for the Bible can take many forms. There is, for instance, physical evidence. We have copies of the manuscripts and throughout history these copies show that the Bible has been transmitted accurately. Despite common skeptical claims that the Bible has often been changed through the centuries, the physical evidence tells another story. The New Testament records are incredibly accurate. There are minor differences in manuscripts, called variants, but none of these variants impact or change key Christian beliefs or claims.

Other physical evidence includes archeological finds. The Archaeological Study Bible presents many notes and articles documenting how archeology has again and again proven that the Bible does correspond to historical reality.

There are other kinds of evidence that the Bible is true. These have to do with internal consistency and coherence. Although the Bible was written over many centuries by different writers, the messages it contains are coherent and consistent. The Bible presents a coherent theology and worldview and presents this material consistently. Moreover, the Christian worldview is robust, reasonable and grounded in history.

Jesus and the Bible

Although there are other lines of reasoning to support the claim that the Bible is true, one of the most powerful is found in Jesus. If it can be shown that the four Gospels – Matthew, Mark, Luke and John – present an accurate record of the life and ministry of Jesus, then Jesus Himself becomes an argument in support of the truth of the Bible. If the Bible has been shown to be reliable, this line of reasoning is no longer circular, but rational. In other words, what the Bible records about Jesus, including what He says about God, human nature, salvation and the Old Testament record, can then be trusted.

What does Jesus say about God’s Word? He says, “the Scripture cannot be broken” (John 10:35, NIV), thus testifying to the authority of the Bible. In Matthew 5:17, Jesus said, “Do not think that I have come to abolish the Law or the Prophets; I have not come to abolish them but to fulfill them,” meaning that Jesus believed and trusted in the Old Testament “Law” and “Prophets.” Jesus also said, “It is written: ‘Man does not live on bread alone, but on every word that comes from the mouth of God'” (Matthew 4:4). Space does not allow a thorough investigation of the views of Jesus on the Bible, but it is sufficient here to note that He believed God spoke through the Bible, He overtly upheld belief in several Old Testament stories, and revered the Bible as holy and authoritative.

Does Our View of the Bible Matter?

Liberal theologians sometimes point out that our view of the Bible doesn’t really matter. So long as we gain strength and insights from it, they say, that is enough. Following this line of reasoning, they remove many miracles of the Bible or simply treat them as myths. This is a mistake, particularly when it comes to the Resurrection of Christ. Our view of the Bible matters immensely, especially if what it claims is indeed true. If it is, as we have argued, then our eternal destiny hinges on how we will respond to Christ and His calling. Will we reject Him or accept Him?

There is much more that could be said on the matter of truth and the Bible. The rest of the articles in this series will address the Bible’s reliability, how we got it, how to interpret it, responding to its critics and suggestions for handling seemingly difficult Bible passages.

Part of the How Do We Know Bible Is True? Series