When Muslims Dream of Jesus 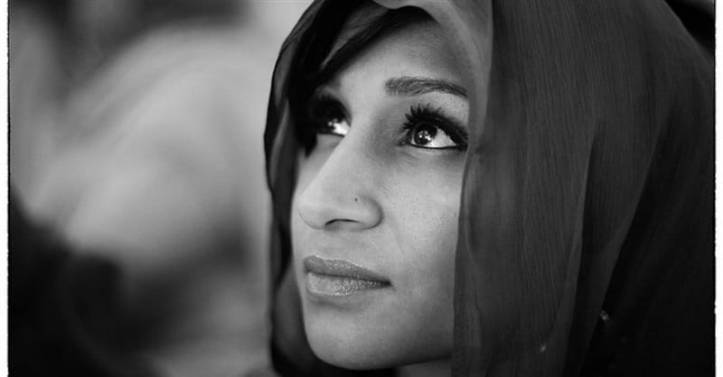 In 2007, Dudley Woodberry and others published a study that recounted interviews with 750 former Muslims who had converted to evangelical Christianity. Many of the reasons they gave for their conversion would be expected—the love of God, a changing view of the Bible, and an attraction to Christians who loved others. But one reason might come as a surprise: the experience of a dream they believed to be from God.

These study results aren’t isolated. Mission Frontiers magazine has reported that out of 600 Muslim converts, 25 percent experienced a dream that led to their conversion. The great missionary Lillias Trotter also reported dreams that drove Muslims to Christ.

But what should we say about the role of dreams and visions in hearing and believing the gospel?

Some Christians are understandably hesitant to accept their legitimacy. Islam started with a vision. So did Mormonism, along with a long list of cults. Critics wonder how we could evaluate such dreams to know if they were true. Others believe that with the presence of Scripture, signs and wonders like dreams are no longer needed. Of course, many Christians are open to dreams and visions, considering them to be revelatory. All of us recognize that the Bible details dreams and visions in both testaments.

While Christians have a variety of approaches to dreams, Muslims—particularly Shia Muslims—are open to dreams being revelatory, due to both cultural (general acceptance) and religious (precedent in the Qur’an) factors. Dreams of Jesus, then, are taken seriously. In recent field work where I interviewed Christian migrants who’d converted from Islam, many reported a dream that led to their conversion. Their experiences of dreams and visions fit into the following categories:

A friend of mine tells of a Persian migrant who arrived at a refugee center at 6 a.m., visibly upset. He told his story to a Persian pastor: During the night he saw someone dressed in white raise his hand and say, “Stand up and follow me.” The Persian man said, “Who are you?” The man in white replied, “I am the Alpha and the Omega. I’m the way to heaven. No one can go to the Father, except through me.”

He began to ask the Persian pastor: “Who is he? What am I going to do? Why did he ask me to follow him? How shall I go? Tell me.”

In response, the pastor held out his Bible and asked, “Have you seen this before?”

The pastor then opened to the Book of Revelation: “I am Alpha and Omega, the beginning and the end.” The man started crying and said, “How can I accept him? How can I follow him?” So the pastor led him in prayer and peace came over him. The pastor then gave the man a Bible and told him to hide it, since the Muslims in the camps could cause him trouble.

But the man replied, “The Jesus that I met today, he’s more powerful than the Muslims in the camp.” He left and an hour later returned with 10 more Persians and told the pastor, “These people want a Bible.” No one had to teach him an evangelistic strategy.

Another friend of mine had heard the gospel in Athens, but she struggled to believe. One day she went home despondent, and hid behind the couch in her family’s apartment. She began to pray:

You know what, God? Since I have absolutely no excuse, absolutely none, I have run out of excuses. I don’t know what to do, but following you means I have to deny everything I have believed and everything all of my family, generation after generation, believed. I can’t be in the middle. I have to either follow you or not. I can’t do it myself. It’s just hard to make that step. I need you to help me.

After she prayed, she did not know whether she was awake or asleep, but a man in white walked into the room. Her reaction was to blurt out, “Don’t come close to me. You are holy, and I am a sinner. Do not get close to me.” The man replied, “[Name], I told you, and I tell you again, I am the way and the truth. No one comes to the Father except through me.” That day she believed the gospel and was saved.

Jesus Is the Door

Similarly, there was an elderly Afghan woman that ended up in Athens alone. Her children were still in her home country. Each week she would walk into a ministry center, clearly overwhelmed with the troubles in her world. One Persian pastor had prayed with her many times and explained that the answer to all of her troubles is King Jesus. Like many other Afghans, she was not interested in the gospel. One day the Persian pastor asked, “If God reveals himself to you and shows you the truth, will you follow him?” She just laughed.

During the day she walked by the ministry, but no one was there. So she sat down to rest just outside of the door. Suddenly, she saw a bright light coming from behind her, so bright that she covered her eyes. The light was shining brighter than the sun. In front of her she saw a big shadow. Then she heard a voice, speaking in her language, “My daughter, my daughter, the door is open for you. Come!” She replied, “The door is closed!” Again the voice called to her, “I am the Son of God, Jesus. The door is open for you, my daughter. I am the door!”

As she told the story she began trembling, and her heart was pounding as she proclaimed the peace and joy that she experienced since hearing Jesus speak to her. She said, “Many times you [pastor] have encouraged me to pray that God would speak to me. I thought it was blasphemy! But now I know Jesus is alive.”

After talking to the pastor, she took some Bibles and began giving them to other people, insisting they must read the book.

There was a family in Kurdistan where each member of the household had a separate dream that they should cross the river the next day to find living water. The next day, without hesitation, they all went, and someone gave them a Bible.

They still had that Bible when they came to Europe.

Feeling of Peace or Cleansing

The husband of a woman I know became a Christian. He had gone to Greece, but she was still in Iran. He would call her from the refugee camp nearly every day to share the gospel with her. She decided she would need to get a divorce, since she couldn’t be married to a Christian and remain a good Muslim. So she decided to look up all the verses in the Qur’an about Jesus.

She was shocked to find him there, which then led her to find a Bible. One day, reading the Bible she recounted, “I was in my room alone, and the whole room became white and I felt completely clean. At that moment, through trusting in Jesus, I became a Christian.”

There was family on a boat with other migrants traveling from Turkey to Athens. On the way they lost their 7-year-old daughter into the water. Everyone in the crowded boat was looking for her but couldn’t find her. Suddenly, she appeared on the other side of the boat, saying over and over, “A man who walked on the water took me and brought me to the other side of the boat.” The parents dismissed her words as silly.

Upon arriving on the island of Lesbos, they met a Christian who made a fire and offered to talk to them. That day, without knowing what happened, he asked if they would like to know about a God who walked on water. They started crying.

The man had never used that illustration in evangelism, but that morning he felt like he had to. They asked him, “Who are you?” to which he replied, “I’m a Christian.” They said, “What do you mean ‘walk on the water’?” He opened the Bible and read the story of Jesus walking on the water. They continued crying. “Our daughter fell off the boat,” they explained. “We thought she was crazy because she was dry on the other side. We didn’t understand it. But she kept saying, ‘It was a man who walked on the water that took me to the other side.’”

What Shall We Say?

Those who recounted their dreams truly believed they were from God, enough that it was part of their story of converting from Islam to evangelical Christianity. The social cost for many was quite high. Some leaders who told dream stories were genuinely encouraged by the dreams, and often prayed for unbelieving Muslims to experience a dream or vision of Jesus.

It’s not always that simple, though. In some cases the trustworthiness of the person telling the story was called into question. One Afghan friend told me, “Sometimes people say they have a dream, and it’s just some crazy story. Sometimes I believe they read something, and they have a dream. We need to be careful of that. Many are lazy in waiting for dreams.”

A U.S. short-term team came to Athens and held up Greek signs in a park: “We will interpret your dreams.” Later that day they came to a pastor and said they’d led 14 people to Christ that afternoon and wanted to pass them off to the pastor. The team left with a great story. No one ever saw those people in a church.

Instead of dreams, one Persian pastor encouraged people to read the Bible. “I get tired of people who will not read the Bible and are just waiting for a dream. They have it backward. They just need the Bible.” He exhibited a healthy skepticism. Some were converting because of dreams, but others were making up stories to fit in. Others were telling a dream story they had heard somewhere else to prove they were Christians in order to get asylum. Sadly, some ranked testimonies based on whether or not the person had a dream.

Where the Spirit moves, Satan distorts and distracts. But we can rejoice in the powerful work of God in the world and trust the sufficiency of the preached gospel to save sinners.

As I have pondered the legitimacy of these dreams, I have been drawn to passages like Matthew 12:22–36, where the validity of Jesus’s own ministry was questioned. Would Satan cast out Satan? Would he give dreams filled with Scripture, pointing to Jesus, that ultimately lead to conversion and purity? I doubt it. The Spirit is still on the move, saving his people from among the nations. Of course Satan tries to attack and muddle what is real, but this should cause us to be discerning, not dismissive.