Jesus Among Other Gods – Ravi Zacharias 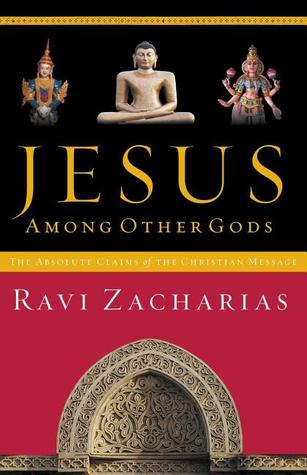 Zacharias’ JESUS AMONG OTHER GODS

CBN.com – In a society characterized by belief systems all claiming to produce spiritual fullness, how does one choose the real bread of life?

In the book Jesus Among Other Gods (Word), Christian apologist Ravi Zacharias tackles these kinds of tough questions posed by postmodern people. Are all religions equally valid? Can one determine spiritual truth? Does man even need God? Don’t Buddha, Mohammed and Jesus all merely represent different paths to the same God?

Jesus Among Other Gods focuses on the major world religions of Buddhism, Islam, Hinduism, and Christianity. The author compares the claims of Jesus Christ with those of the spiritual leaders of other religions.

Helpful insight in the blending of Eastern and Western understanding is laced throughout the book. Zacharias has lived in both cultures. From that perspective, he brings in cultural nuances and observations many authors would miss.

In this serious work, Zacharias presents the clear differences between who Jesus said He is and how Jesus lived His life, contrasted with the life and claims of other religious leaders. The focus of the book is Jesus’ distinctive response to questions of identity and origin.

Particularly helpful is the author’s discussion of the explanation for evil and suffering. Every worldview must give an account, and the Christian perspective stands as unique and coherent when compared to fatalistic religious thought or confusing messages of pantheism.

For those interested in apologetics, this book is superior. The author offers so much interesting religious detail from other traditions, both from their scriptures and from his own observation of non-Christian cultures. His research effectively highlights the differences between the faiths. Throughout the work, Zacharias remains non-judgmental but highly persuasive, in a discussion that ultimately points to the many factors proclaiming the uniqueness of Jesus.

About the Author
Ravi Zacharias is the author of numerous books on Christian thought, including Can Man Live Without God and Deliver Us From Evil. He is president of Ravi Zacharias International Ministries. Born in India, he has lectured about Christian apologetics and debated related topics throughout the world.